Ooh it's been a while since I've written a "Frugal Food" post! I enjoyed this recipe so much though, and it is just SO frugal, I felt I should share...

Spawned less from frugality and more from an evening when we had forgotten to get anything out of the freezer to cook, winter was starting to make it's presence felt by way of squally rain and a cold wind, and we were both absolutely STARVING. A hasty rustle through the the cupboards and fridge for what we had in lead to this lovely warming, filling dish.

Finely slice an onion and saute off in a pan in oil with a little knob of butter added. A pinch of salt over the onions at the start helps with the cooking and the combination of that and the butter gives the onion a lovely golden colour too. Add a pinch of chilli flakes - mine were some gorgeous smoked ones bought recently at the Ludlow Food Festival. If you don't have flakes then powder is fine, or even tabasco - just bear in mind you want a gentle warmth rather than a fierce heat, though. Slice a fresh pepper - any colour will do, or you could use a handful of sliced frozen ones. (A really useful ingredient to keep in the freezer at around £1 a bag). Once everything is soft and the onions are turning golden tip in either a carton of passata or a tin of chopped tomatoes, and stir well. Add a half-teaspoon of sugar to counteract the acidity of the tomato. 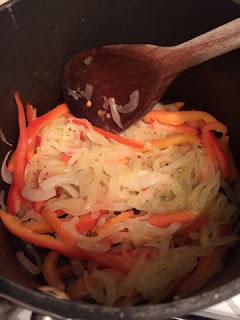 Once everything is simmering together gently it's time to get a large pan of well salted water on the go - bring to a good boil and tip in your pasta or spaghetti - pop a lid on but for goodness sake don't forget about it - overcooked pasta is vile! Open a tin of sardines - if in sauce throw the lot into the pan with the tomato mixture, if in oil hoike the sardines out and chuck those in and reserve the oil. Add a teaspoon of smoked paprika and, if you want to bulk the dish out a bit, a can of well drained butter beans and stir *VERY* gently - you want to ensure everything heats through but not break the sardines up too much. 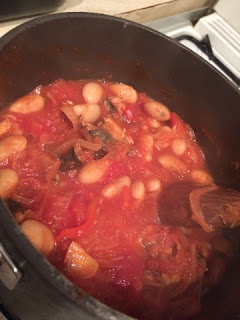 Once your pasta is cooked drain it roughly and if you have reserved oil from the sardines throw it back into the pan with the oil and toss together. My final touch for the sauce was to check the seasoning and then add some coriander leaf - I buy fresh coriander by the bunch and pop it into the freezer so I can just shake out a little at a time. Serve the sauce spooned over the pasta.

Rough costings for this:
Spaghetti (8p) Pepper (15p if using frozen) Onion (7p) Herbs & Spices (5p max) Sardines (40p) Tomatoes (33p) Butter Beans (33p) = Total cost £1.41 or £1.08 if omitting the beans - with them however this made two REALLY generous portions - to be honest it would have fed three easily just with the addition of a little more pasta. 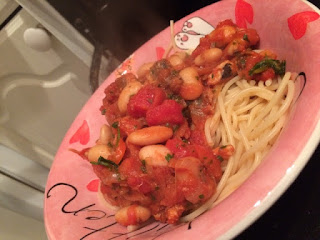 This one will definitely be getting added into the repertoire regularly - tasty, cheap and most importantly sometimes QUICK.
Posted by Robyn at 9:30 am 1 comment: 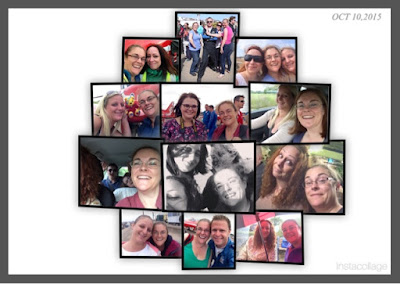 Friends...we all have them - at least, I hope you're not reading this and thinking "Well I don't....*sniff*" They come in different shapes and sizes - there are best friends, good friends, casual acquaintances, social media "friends", workmates. Every now and again though you might meet someone who for whatever reason you have an immediate connection. The kind of friendship that others will look at and say "So how on earth are you two friends then?!" in astonishment, and the only answer you can come up with is a sort of helpless shrug and "We just are!" Sometimes this sort of friend is someone who you can not speak to for ages, but when you do the pair of you just pick up where you left off, in other cases it might be someone with whom you keep a regular dialogue going, but either way that connection means that the friendship endures regardless.

Over the past few years I've been lucky enough to make several of these friends - each are very different in their own way. One I got to know through an online forum, and pretty much from the very first moment we interacted at all we just utterly "got" each other. Since then we've seen each other through tragedy and triumph, shared confidences that in some cases we haven't even told our respective partners about, and know without a question of a doubt that we can absolutely, 100% categorically trust the other with that sort of information.  We're incredibly similar in a lot of ways although from totally different backgrounds and our lives have taken very different paths. Another I met through a shared interest - I was aware of them through social media although we hadn't interacted at all on there, and on realising who I was standing just along from I bounced up and introduced myself in my usual impetuous way when I know full well if I stop to think too long I'll chicken out! In return I got a deeply suspicious look that I now know to be a fairly standard one for that sort of introduction, but somehow regardless of that a friendship was born, one which others now assume has been very long, when in fact we've only known each other a couple of years! A third I worked with for years - well I say "with" - for the same company but some 120 miles apart! Work calls to check stock levels rapidly extended into long chats that got the pair of us ticked off at various times by assorted Managers and now although both of us have long since escaped from the company concerned we're still in very regular touch and very close friends. Then there's the friend who messaged me on social media after seeing some of my pictures - casual chat lead to meeting up, and I suspect to an extent to both of our surprise we got on like a house on fire immediately. Polar opposites in a lot of ways, with seemingly relatively few shared interests, that's never lead to a lack of conversation or us being any less than comfortable together and if something exciting happens in my life they are unquestionably one of the very first people I want to tell! I rarely meet anyone who I trust almost immediately, but in this case I definitely did. This is definitely one friendship that's had a lot of others scratching their heads! Finally another "Social Media Friend" who has now become one of my very best - from initially casual interaction on Twitter we realised we were going to get on well, and in fact the very first time we met at all it was actually to spend several days in each other's company! Since then we've been in almost daily contact, and shared secrets and excitements, tears and giggles and LOTS of booze! 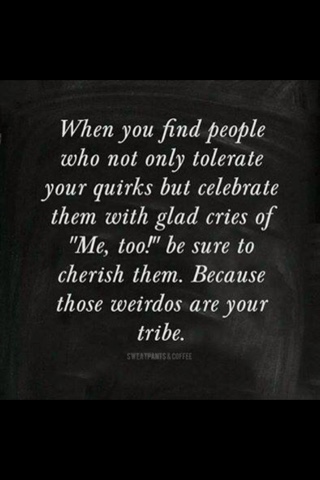 Sometimes it's impossible to label friendships, to explain to others why you're friends with someone. Yes obviously a lot of friendships stem from a strong shared interest, but sometimes in life our interests change, we stray away from the environment that brought us into contact with particular people in the first place.  In some cases that means we also drift away from the people concerned, but even then the real friendships will continue as we've moved past those shared interests into discovering what else we like and identify with in a person. Yesterday I stood alongside several other friends at the funeral of another - we've all known each other for years, range in ages from 50's through to 20's (and in fact are  well spread across that age range) and don't necessarily see each other every week, month or even year, yet in spite of that yesterday, for a few hours, we were each others closest comfort. Each and every time we meet now there will be a great big gap where our other friend should be standing.

Appreciate your friends, treasure those strange connections with others, don't waste time asking yourself why someone wants to be your friend, just rejoice in the fact that they do.