Essex for where I am now, Hebridean for where I would like to end up...but there is a whole other story to unfold before THAT can happen!

I was born and brought up in London, before moving out to Essex when we decided we wanted to buy somewhere to live. We then spent 4 years talking about overpaying on our mortgage, while actually living obliviously with loans and overdrafts. Then in April 2008 a friend introduced me to Martin Lewis' MoneySavingExpert.com and a new obsession was born! (Thank you Kevin - we are forever grateful!) Over the first year I was active on there we paid down a car loan in 13 months rather than the 30 months it was supposed to have taken, then having paid it off early, pursued its provider for mis-selling Payment Protection Insurance, and got that back too. We also started amassing savings and stopped frittering money away, and I stopped making excuses for our finances being rubbish with the disclaimer of "not being good with money" - largely because I discovered that actually, I WAS good with money! Who knew, eh?!

As a direct result of that when my income was slashed by over 50% (long story involving the necessity of changing employment and the decision to become self-employed) it was an inconvenience, rather than the disaster it would otherwise have been. Having lived to a tight budget through choice when paying off debts, it is far easier to do it from need later. I've learnt a lot about myself over the past few years - notably that I'm stronger than I thought I was.....I suspect this is inherited, I have some phenomenally strong women in my family....thank you Mum, Auntie D......! Something else inherited is my love of photography - my maternal Grandfather was a professional photographer. I've been taking pictures since I was a child - and spending time in the Hebrides has cemented that love as there is just SO much to photograph!

So, this blog is a way of getting thoughts down on virtual paper, keeping moments in time as moments in memory, and hopefully providing some entertainment for people along the way. Let's see where we end up, shall we? 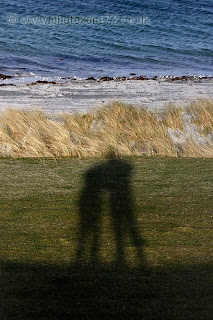