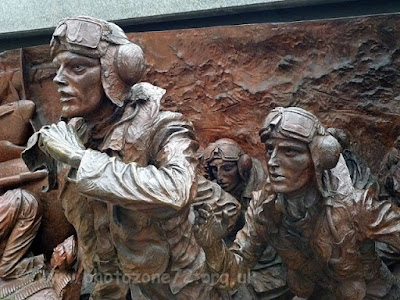 For those who gave their today, that we may have ours.
For those who never returned home.
For those who returned, but not as the person their loved ones knew previously.
For all those who served, and those who continue to serve.
For those missing family members and friends today, as a result of that service.

Regular readers probably already know that I'm a member of the MSE Forums, posting mostly on the Debt Free Wannabe boards. I've been on there for years - and got SO much help from folk when we were first in the position of sorting out our finances - now I mostly tend to try to "repay" that by posting in support of others, as well as keeping up with a few longer term chums who had a longer journey to travel to get their debts cleared. My time for regular volunteering is limited - during the summer in particular I would struggle to commit many hours, but posting in support on the DFW boards is something I CAN do.

We see some truly sad stories on there - people arrive for all sorts of reasons, but the most common one is that they've suddenly realised that if they don't do something about their finances, and fast, they're going to go under. We call that their "Lightbulb Moment" or LBM - and it hits people in all sorts of ways - some are absolutely devastated, literally in bits, you can hear the tearfulness in their posts. Others are grimly determined. others still are in a blind panic and have no idea what they need to do next. Generally speaking you know within someone's first few posts whether they've truly had their LBM, though, and every now and again we get one who just doesn't *quite* "get it". Recently someone arrived on the boards who was without question at the stage of not really having realised that she was on a downwards slide. Her initial post was saying how hard it was to make ends meet, and asking in a tone of some desperation  how everyone else does it. I posted with our usual advice - that the person needs to prepare a Statement Of Affairs (SOA) so they know exactly where their money is going - in this case I noticed from previous posts that she'd been advised previously to do this but had never done so - this always rings alarm bells. Her first post also revealed that she'd consolidated debts previously, and was paying that consolidation loan off. Now consolidation is one of those things that can work for some people, but before going down that route you REALLY need to have your house in order financially - without that, you're going to repeat the same cycle and double the debt in no time. I asked if she actually knew how much her debt totalled - she said yes she did, named a figure, then proceeded to tell us about the two car loans and a loan for furniture as well...oh dear!

It's really tough if someone is just part-way there. We try to be patient, a lot of the time it's about keeping on repeating the same things. "You need to do your SOA" "You need a budget" "You need to know whether your outgoings are greater than your income" - and that last really IS the thing is all hinges on. I guess the real answer to the "how do you do it" question is to know exactly how your finances stand - once you have that information you know whether you should have a surplus, whether your income is over committed, and then you can work things out accordingly. Without that very basic info, though, you're scuppered. In this instance, she started getting hostile, she wanted someone to come along and agree with her I think, but that was never going to be helpful. She'd already told us that she had several hundred pounds per month "spare" but had no idea where it was going - someone suggested she started keeping a spending diary - to which she responded that she would "from next month" - err, no, you need to get a grip on this NOW! Someone said that they felt she'd not yet had her LBM, and others posted agreeing, and finally, after a lot of resistance and arguing, the penny dropped and she suddenly "got it".

It remains to be seen if that person actually sees things through this time. Honestly, looking at her history of consolidation, overspending, failure to budget and more consolidation, I doubt it, but we've done all we can. It's truly over to her now, and frankly, she's still failing to see her consolidation loan as "debt" and still quibbling over the basic stuff. Bottom line is if you're in debt, and struggling, only you can make the decision to break the cycle and sort it out. Others can offer help, and support, but the legwork has to be done by the individual. There is SUCH a culture of borrowing in the western world now, it's not surprising that people do get into trouble. Credit cards can be fantastic tools, used correctly. When they're used to enable someone to have a higher standard of living than their income allows, though, that's just plain dangerous. Thankfully the banks are starting to wake up to this now and are acting accordingly. The tendency to simply increase credit limits without reference to the customer is dying out - and unusual spending patterns tend to get picked up on. Mortgage companies have far tighter rules on borrowing now than they did - when we took our mortgage out in 2003 it was a 110% Mortgage - these are rightly pretty much non-existent now. We knew we could afford ours but how many people took these out and then found themselves struggling?  I'd happily use a 0% on purchases credit card for a larger spend, but only once I'd saved and know that the money is safely stashed away to clear the debt when the 0% deal ends. I'd just find it too stressful otherwise, to be honest. I actively enjoy budgeting for things - I love a nice surprise, but a nasty financial one is never pleasant, after all!

ps - if you're struggling with debt, do visit the forums at www.moneysavingexpert.com for help, advice and support.
Posted by Robyn at 9:00 am 2 comments: