Getting back to consistency... 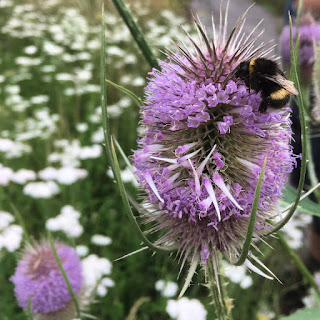 Another run for me this morning - reverting to an old favourite local route, in fact the same route where I did a lot of my couch to 5k running! I’ve decided I want to get some of my old pace back - and the starting point with that was returning to a route I know well. This morning was just 2 miles but pushing myself a bit - still run/walking but certainly more running that there’s been in there for a while! The next stage now is continue with my plan of three runs a week - including some speedwork during one of them, and then in a couple of weeks I run the same route again and see how I’m doing.

Before lockdown I had been working towards picking up pace again with more consistency and more miles during January, then a niggly injury in February that left me not running much at all for a while and then easing back in on the treadmill during March...then the virus started taking hold - and the gym felt like not such a good idea for that last week...and although I have been running since then it’s not been with any degree of regularity. I’ve struggled with motivation a lot - running after work was a straight commitment - plus my boss soften asked me during the day if I was running later and once I’d confirmed to him that I was planning to, it felt less easy to change that plan! Being at home all the time though, there isn’t the structure in place that prompts me to go out and run at specific points. I’ve now realised that if I leave it to run in the afternoon I will talk myself out of it during the day, so I have taken to dressing in running kit first thing, walking with MrEH and then running immediately afterwards. That gets it done before I have a chance to come up with excuses not to, then I come back and just get on with my day.

I’m looking forward to running in the Hebrides before too much longer too - my plan is that some of the miles for my virtual challenge will be run up there. That challenge is another RAF related one commemorating the anniversary of the Battle of Britain  - I have to set my own distance for this one and currently I’m toying with making it a combined walking/running challenge with an average of 80km per week for each week of the challenge, or just a running one and just aim for 80km over the month. I’m not in any hurry to decide so will probably wait and see how I feel a bit closer to the start date. Either way, I think a challenge will be good to give me something to focus on and an incentive to get out there and run regularly again!