On the subject of Face coverings... 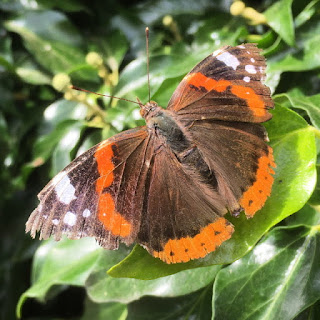 Face coverings became mandatory in shops in England from yesterday. Everyone must wear them unless you are exempt - there are various reasons why you might be, some physical conditions can make it impossible to wear a mask, and also some mental health conditions. Small children are also exempt due to the risk of them not wearing their face coverings correctly - as this could increase their risk of either contracting the virus or carrying it and passing it to others, however from the number of tiny kids we’re seeing wearing them, it doesn’t seem as though that one has quite sunk in for many parents!

The purpose of the face coverings primarily is to prevent transmission of the virus to others, they are not intended to protect the wearer and are not considered to be PPE (although there may be a small benefit to the wearer). Wearing a face covering does not replace social distancing either - again something that seems to be passing a fair number of people by!

Surprisingly, in spite of the simplicity of the idea - wear a face covering if you can, help prevent spread of the virus to others - there are still those who refuse to wear them because they see it as an infringement of their human rights. Other claim that a Covid 19 is some sort of fallacy, and others that  that lockdown should never have happened and that the vulnerable should simply have been rounded up in some way, taken to places of safety, and everyone else allowed to carry on with their daily lives as normal. It’s interesting that these people are focused on their own human rights, while apparently being completely immune to the rights of others - maybe this should tell us a fair amount about the sort of people these are? It is reported that some of the anti-mask brigade are also being abusive to shop staff when they are asked to either wear a face covering or leave the store - forgetting, or perhaps not caring, that the staff have not made the rule, they are just being asked to enforce it.

Also provoking a nasty response from many is the subject of those who are exempt on mental health grounds -  many of whom have faced a torrent of abuse on the subject on various social media platforms. Public shaming is the order of the day in some  cases - people sneaking an illicit phone photo on a bus or train, of a fellow passenger not wearing a mask, and then posting that on Facebook or similar for the waiting hordes of similarly minded friends to judge, regardless of the fact that the status of that individual regarding exemption is entirely unknown by the person choosing the start the  kangaroo court. Hidden disabilities are being disregarded or scorned by many - those explaining that they suffer from anxiety which prevents them wearing a mask being ridiculed with phrases like “if my 5 year old can wear a mask you could if you wanted to”. It’s to be hoped that the 5 year old in question would not be suffering from the same level of anxiety that might make mask-wearing impossible, you would think, so the only possible reason for a phrase like this is surely to suggest that the exempt individual is simply being “beyond childish”. Others choose to suggest that those exempt are choosing to be selfish,  or that those unable to wear masks should simply “stay at home” - never mind that those people still need to get food to eat, and in some cases use public transport to get to their workplace! It truly baffles me why some people are using this subject as a chance to be spiteful, or cruel. It feels almost as though this is a backlash over the way mental ill health has been brought into the public eye and de-stigmatised over the past few years - these people can no longer acceptably scoff at the idea of depression, say things like “people should just pull themselves together” or claim that conditions such as anxiety don’t exist - but now they have been given a gift - a way of mocking those with mental health issues “acceptably” - in the name of “being concerned about those that might be infected as a result”. That of course also begs the question that if they are so concerned about some people’s well-being,  why do those they mock not elicit the same concern?

I’m pretty sure that nobody reading this would fall into the camp of choosing to be cruel to those with exemptions just to make themselves feel good, but just in case - please be kind, you have no idea of anybody else’s story or experiences. If you see somebody being judged or shamed over this issue online please try to be brave enough to step in and call out that behaviour. If you see someone using phrasing like “everyone should wear a mask” take a moment to add “if they are able to” or “unless exempt”. A comment like “anyone can wear a mask if they want to” can be balanced by a simple reminder that this is simply not true. If all the fair minded mask-wearers start speaking up against the unpleasantness around this, those determined to get their kicks by behaving so viciously will crawl back into their holes again like the bullies they are, knowing that no longer are those they are attacking easy meat - that they have their defenders now. We all stood together against the virus - we can all stand together against online bullying, too.

I completely agree. However, as an add on from a parent’s view point, my children are wearing masks. They know they don’t have to but they fail to understand why they aren’t expected to do their bit to help protect others and so have asked for masks. We help make sure they’re using them properly but they want to play their part in protecting their community and that’s not an instinct I want to suppress

I think your two are old enough to understand how to wear them safely as well Becca - I know you well enough to know that there is no way you would put them at risk by allowing it otherwise! I did cringe the other day watching a child of “pushchair” age calmly remove its mask while mum’s back was turned and stuff it in its mouth though... 🤦🏻‍♀️