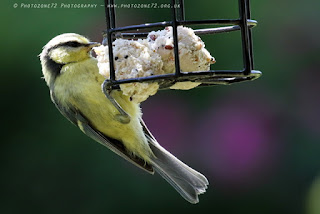 The end? Or the start of the beginning? Take your pick, but with - realistically in England at least - lockdown coming to an end, it’s time to move into our new normal, and so this will be the last day I blog with a day number I think. 100 days, over three months, more than a quarter of a year - whichever way you choose to look at it without question it has been a very strange time to live through . I said at the beginning of these daily blog posts that it felt as though it was a pretty momentous time in our history, and I still feel that’s true. My generation’s grandchildren, great-grandchildren and beyond will be taught about this in schools - indeed, it makes you wonder how, in a society that seems ever more consumer driven - how unbelievable it will seem that all shops were shut, and in most cases for so long, too!

I’m going to try to give a pretty honest “pro’s and cons” take on how things have been right here. It  has been a very tough time to live through - from the initial terror, the numbers that were being reported early on as likely mortality figures for the U.K. if no lockdown was put in place were horrendous - hundreds of thousands dead was the figure being suggested by experts - and from my perspective it felt as though I would be extremely fortunate to emerge with both my parents still living, for example. Through to the restrictions placed on us early in lockdown - I found being told I could only go out once a day for exercise incredibly difficult - not that I always DO go out more than that, but usually, I have the option if needed. Having to queue for access to food shops was a strange one to get used to as well - especially as at first there was precious little in the shops to buy! Adjusting initially to both of us working from home, and then to just MrEH being in that position - our flat isn’t the biggest, and losing one entire room several days a week to be “office space” has been a challenge. The drop in income - me being put onto furlough and MrEH having his hours dropped to three days per week - so 60% of usual income - we were probably better equipped to cope with that than a lot of people, but it’s still been a challenge to juggle day to day cashflow. The uncertainty around this too - my furlough period is still open ended - the right decision for the company as the aim is that by the time I go back things will be back in a fairly even keel again but still an odd, uncertain position to be in. Silly things have contributed to this as well - it feels as though our food spend has gone through the roof - because usually we would eat at least some meals away from home, on days out or weekends away - and so those would come from different budgets. Similarly we’ve been buying beer in with the food spend - and that of course would usually come from our own spending money so not be visible at all on our joint spending. In fact we have been spending far less than we would in usual times, it’s just appearing differently - and more obviously - in front of us. Then - and for me this is by far the biggest thing - the cancellation of so many much anticipated events and plans. The first for us was the decision we had to take with the rest of the working party to cancel The Great British Beer Festival, then our holiday celebrating a close friend’s 50th birthday on Lundy, and our own fortnight in the Hebrides. Airshow after airshow cancelled - including several that I had expensive and technically non-refundable accommodation booked for. I have missed my aviation photography too - no trips to Scampton since February, and my only proper aviation photography since then has been a single trip to Lakenheath soon after  lockdown restrictions were first eased.

So - that’s the negatives, but there has undoubtedly also been many positives too. Referring back to that last point about the airshow accommodation  - people proving that they can be very kind about things, by agreeing to either roll over bookings to next year or being willing to refund, even against the terms of the relevant booking site. Spending more time together - I’ve said before that MrEH is probably the only human being on earth I can imagine spending 24 hours a day, seven days a week with, and this has underlined that fact. Of course there have been niggly moments - it would be crazy to suggest otherwise, but generally speaking we’ve been perfectly content to continue doing the majority of things together without either of us feeling that time alone is something we crave (and for the avoidance of doubt, as checked with him he felt the same about this too!). Rediscovering the love of our little outside space on the balcony - taking the time to do the much overdue work of painting, putting decking tiles back down and repairing the fences both sides. Time, generally in fact. It is going to be quite difficult to readjust when the time comes to our previous level of “busy” I suspect, and indeed, I think we are already starting to consider that perhaps we don’t want to return to quite the same level. The ability (not just for me, but for many others too) to commit more time to exercising outdoors - I have several friends who have begun the Couch to 5k programme and seen it through during lockdown - one good friend ran her first ever 5k earlier this week and was utterly delighted with herself, quite rightly! It’s been a delight to see so many others getting grabbed by the running bug! Indeed for myself too - when the weather has been hot having the ability to decide just to run around the woods, and on other cooler days venturing further afield. Exploring so much more of our local area as well - quite literally turning along roads in the mornings simply because we’ve never walked along them before, and at weekends heading out to places we’ve often talked about going before. Walking the sculpture trail is something we have idly discussed doing for years, similarly going to find the remains of the temple. Doing more baking has been good fun too - from simple stuff like flapjacks and scones, through to chocolate brownies and chocolate banana bread - everything has been delicious and we’ve found a few recipes we will make again. Also in the kitchen - my sourdough starter has been a triumph, giving us the ability to have freshly baked sourdough bread every week. If I’d known how simple it was I would have done it ages ago, and even the bread itself is dead easy - far easier than a traditional loaf!

So there you have it. MrEH is back to 5 days working now although there is still a financial impact....for us thankfully for the moment at least mostly cancelled out by no travel expenses. We have our Hebrides holiday re-booked for later in the summer and are crossing fingers that we can go. I’m planning a Scampton trip...soon! Pubs re-open at the weekend. Some shortages still exist in te shops - bread flour is still tricky to come by, in particular. We still have a long way to go with the virus for company I suspect and we may well still have difficult times to come, but this point seems to mark the turn into a new phase.

I may well still blog most days I think, I’ve got used to it and am enjoying it again. I believe I am right in saying that this is the longest consecutive run of daily posts I’ve made since I started the blog - perhaps I should see that as another lockdown positive?!