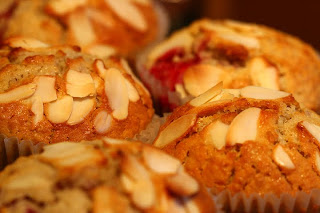 Over the last few years we've done a lot of planning for our future. I won't go into too much detail here, although some of you already know what those plans are, but suffice to say that in order to follow it through it requires us to be mortgage free - the sooner we can clear "The Debt" the sooner the rest of our lives can start. Did you notice the word "debt" creeping in there? It's the only one we have now, but make no mistake, it IS a debt, and thinking of it in those terms makes us all the more determined to attack it.

Over the past few years, to speed up the payments on the mortgage, we've made all sorts of economies - from reducing what power we use, to driving as economically as possible, to watching grocery spends like a hawk.

One thing we do so far as possible is cook extra to make multiple meals, and also make use of what is cheapest in the shops. For example, in Lidl today Butternut Squash was down to 89p a kilo, so I bought a good sized one. A chunk of it has already been used in a potato bake - combined with some of the potatoes we brought back from Norfolk at the weekend. (The campsite we use grows the Norfolk Pink potato, and sells 5kg bags of them for £2.95 - they are delicious!) thinly slice potato, onion and squash if using, and build up a layer at a time - potato, onion, squash then repeat, seasoning as you go, into a well buttered dish. Once the dish is full (finish with a layer of potato) pour over a mixture of cream & milk (using full-cream milk means you need less cream) with an egg beaten in if you like. Top with grated cheese and bake in the over at gas 4 - 5 for around an hour, or until it is cooked through. This will make an ideal side-dish with a yellow-stickered quiche I bought a few weeks ago and stuck in the freezer. As I was going to be using the over anyway, I also made a batch of rolls for our lunches (the breadmaker did the hard work on these while I was cooking some other bits), a "5 a day" frugal lasagne with masses of veggies and a little bit of chopped up bacon (this is a great dish as you can use up whatever you have to hand so far as vegetables go), two individual portions of cauliflower cheese (using up some broccoli and romanesco cauli which were approaching the end of their lives) and the delicious looking raspberry muffins pictured above.