The Royal Air force social media accounts are currently focusing heavily on Remembrance Sunday as you might expect - asking "who are you remembering" - from families thinking of loved ones serving, to friends remembering those who fell alongside them, there's been a great wide range of examples given and hopefully it will encourage children who perhaps feel that as their parents and grand parents are too young too have fought in either world war it's not relevant to them, to think again.  For me, I take it as a time to think of family members who served in those hopefully never to be repeated conflicts, and to think of and give thanks for friends serving currently and the sacrifices their families make. Currently I have one friend over in the USA where he's already been for several months - he'll be home briefly for Christmas and then away again. Another who has spent a lot of time away from his family in the past year or so (including the three months running up to his own wedding!) and another living away from his Mrs & kids all week and travelling home every weekend - it is incredibly hard on the families, and all so often that gets forgotten. Generally speaking the partners are just so stoic about it too - no weeping and wailing, no making their other half feel guilty, they just get on and mark off the days until their loved one gets home again. 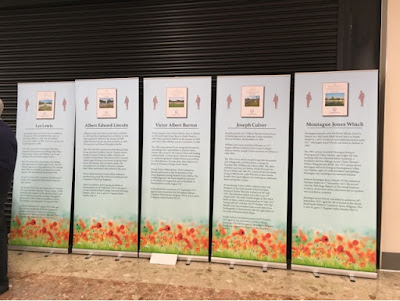 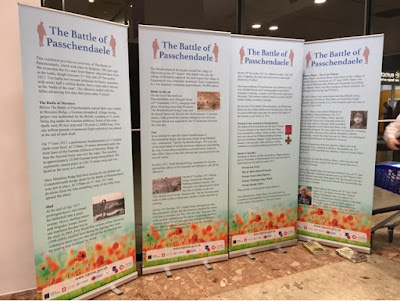 In the town I live in there has been a small exhibition travelling around the area focused on telling us about 5 men from the town who lost their lives in WW1. I caught up with it in the shopping centre on Tuesday, and also had a brief chat with one of the gents from the British Legion who was manning the stand and engaging with people about the exhibition. I was genuinely shocked when he said that they had contacted all the local schools to suggest taking the exhibition in and giving a talk about it to the pupils, and had absolutely NO response. What better way for children to get a real feeling for the history around the two world wars than to hear the stories of those who went to fight from the town they're living in, and in some cases paid the ultimate price? I'm honestly perplexed as to why there was no interest in this - are children not being taught about these events? Or are the opinions of those that would have it that the wearing of the poppy in some way glorifies was beginning to hold more sway?

Whether or not you buy a poppy this year, or attend a service, please take a few moments to remember those who went, and never returned, and those who are still going...


“When you go Home, tell them of us and say,
For your Tomorrow, we gave our Today”
John Maxwell Edmunds
1916