I posted previously about the "year to change a life" thing - and it was writing that post which prompted me to realise that a lot of the changes I've been making and feeling the effects of were about changes in mindset, as much as anything else. It's so easy to make excuses as to why you "can't" do things - and one excuse can readily lead to another. "I can't run because my knees are bad"  > "I can't exercise because I can't run" > "I can't get fitter because I can't exercise". When you start to take a long hard look at yourself, and challenge those thought patterns though, suddenly things start to get achievable. 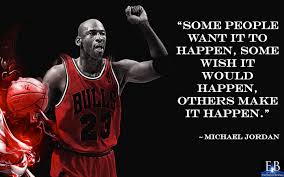 I've referred here before to people saying things like "Oh you're really lucky!" when what they actually mean is "Oh you've worked really hard to make that happen" - and I guess that sort of links in to the excuses thing - it's a lot easier to assume that things have just fallen into someone's lap, than to think how they might have achieved things, as that leads to the realisation that perhaps YOU could make things happen, too, and a lot of people simply aren't comfortable to challenge themselves like that. I confess that it certainly made me feel a bit uncomfortable!

My "Big Thing" as I think I mentioned before, was running. I realised early on that it would be a great and above all cheap and easy way of getting some exercise, but first I needed to get to the point where I could try it. Walking a lot was the first step, and by the spring I felt I was ready to step things up - on grass first (see "knees" above) to make it lower impact. I made a start by using the same Couch to 5 K programme that a friend recommended - I knew she'd had great results with it. Week 1 starts with interspersing 1 minute of running with 90 seconds of walking, repeated. Sounds easy, hmm? To my humiliation I discovered I couldn't do it - just that 60 seconds was too much, and when I could achieve it, it left me literally gasping for air. I repeated the week still to no avail - if anything it was worse, and yes, I admit it, I gave up - an excuse offered itself "we're going on holiday, it won't be practical to try to do that while we're away" and that was that for a while. For some reason though, it bugged me - I still can't work out what it was that made it get lodged in my head - and I wasn't happy that it had beaten me, so a few months later I decided to have a second attempt. I'd been keeping up regular exercise - lots of walking plus circuit training stuff and similar - so I knew I should stand a better chance at it. If anything, it was worse - I simply couldn't manage it, and had NO idea why. Everyone said "Keep at it, it will get easier!" which made absolute sense - but in my case that just didn't seem to be the case, culminating in a week in October when I struggled to run for 60 seconds even on the treadmill...

Of course that week was the one before I ended up in hospital, suddenly everything became rather obvious! Severe anaemia means that your muscles - including the heart - simply aren't getting the oxygen they need to function, which explains why I was suffering with my legs feeling absolutely exhausted, struggling for breath and generally feeling unable to do the things that I felt I ought to be able to!  When I mentioned at the hospital that I'd been going to the gym and running, there was universal astonishment - apparently I simply shouldn't have been able to do any of those things, and it's only the higher level of fitness I'd reached in spite of everything that saved me from doing myself some serious damage. *Gulp*.

So, fast forward a few weeks and suddenly I've realised - I don't WANT to make excuses any more. I started back on C25K the week after I left hospital, starting on week 2 as I felt confident that I could do week 1 - I've now on week 4 which includes 5 minutes of running at a time, and I'm coping well. I may well get to the point that I have to repeat a day here and there, but that's fine. Setbacks now (Like the final run of week 3 being REALLY tough because I'd tried exercising 3 days on the trot without a rest day!) aren't phasing me. Above all I'm enjoying it - enjoying that feeling of challenging myself, and discovering that my body can do things I didn't think it could. I'm getting a buzz from being able to run that little bit further, or finishing a stretch of running to find that actually, I'm barely even out of breath. I can run - who knew?! Someone said to me last week "It's amazing how fast you can train your body to run" and they're absolutely right! 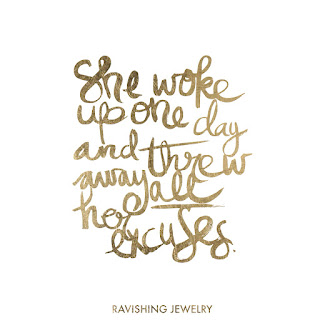 (Thanks to Jenni at Snippets of a Life for introducing me to that quote!)

If I can do this, then without question, anyone can. I'm starting to think of new challenges too - first it's to finish the C25K programme, and I want to do our local parkrun, and to do some running in the Hebrides too. For me the key was to stop thinking of the things I couldn't do and work with what I could. Running too high impact to start with? So walk. Walking too far hurts? Mix in some static bike work. When I started with the fitness stuff I couldn't even do a single full press-up - my arms just weren't strong enough, so I started with "box press-ups"on hands and knees and worked up from there. This week in the gym I did 30 seconds of full press-ups. It's taken me nearly a year to get to that point though - and giving up would have been by far the easier option.

Well done you!
I always said that I couldn't run, but I completed Couch to 5k 2 years ago. I never believed that I would get through week 1 let alone be able to run for 30 minutes and be able to breathe normally whilst doing it! Unfortunately, osteo-arthritis in many of my joints has made it very difficult to run now, and my husband, who is 'a runner'( and a fast one for his 55 years too) is also struggling with arthritis in one of his knees. I'm using the exercise bike , and regularly clock up 30km at a time on that, despite all my ailments. It's just been a case of finding something that I can manage, as now, even brisk walking plays havoc with my hips.

Ahh sorry to hear that J is having problems now too - but well done you for getting going on the bike. It's that thing of finding something you "can" do rather than concentrating on things you can't, isn't it! I remember how pleased you were when you did C25K! (And apologies, I WILL get back to reading blogs again - it's not just yours, I promise!) xx

Like you I always had good reasons not to exercise - although the real reason was that I found it boring and was sure people would laugh at me. Chief among the excuses was a congenital back condition. On a holiday where we hated the place we were staying and the poor mattress meant I was getting up about 5am because of pain, we spent most of the long days out and about walking with our two dogs rather than hanging out in our miserable rental property, and although my back hurt I realised it didn't hurt more because of all the extra walking I was doing. So 'poof' went that excuse. When I got back I tried walking round the lake at a nearby stately home, now reassured that I wouldn't have to be airlifted out when I collapsed with exhaustion (it was all of 3.5 miles!). My feet hurt, but I did it with a couple of sit downs along the way. Buying decent but not expensive hiking boots and socks helped with the feet, and soon I was doing it faster and faster and, as you say, from there you get the confidence to push a bit more, which resulted in my joining a gym and starting to exercise regularly. And I even quite like some of it...!