On Thursday we celebrated my Great Aunt's 90th birthday. Mum, Dad and I, and the cousins arrived en masse with presents, cards, balloons and flowers and made sure she had a lovely afternoon! So why am I mentioning this in a post about remembrance?  Well you see Auntie D grew up without her Father in her life beyond the age of 3. He died in 1932, aged just 39. Her siblings - my Nan and my Great Uncle Ken were 12 and 7 respectively and were both very badly affected by his death - I remember Nan continuing to miss his presence throughout most of her life. My Grandma lived for another 47 years without him by her side and I have no doubt that not a day passed when she didn't think of him, miss him, and wish that things could have been different. My Mum grew up with the family speaking of a "Grandad" who she never knew.

John Henry Stanley - known as Jack - died as a result of being caught in a gas attack during World War 1. He returned home having been awarded the Military Cross for his actions at the Battle of Havrincourt, but was never fit enough to return to his previous occupation as a wood working machinist. In spite of the fact that he died a full 40 years before I was born I'm tremendously proud of my Great Grandad - the whole family are. 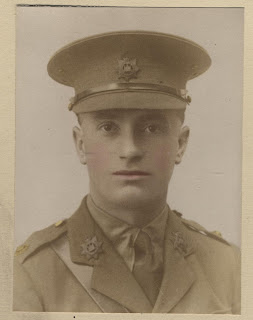 We're very good at remembering those who lost their lives fighting for our freedom - and indeed quite rightly so. They are not the only ones who made the ultimate sacrifice, and paid the ultimate price, however. Those who returned home but died later; those with missing limbs, lost sight or hearing, damaged lungs, lingering psychological effects or any other life changing impairments; the families who had to come to terms with someone returning who was very different to the man who went away; the children like Auntie D who never really knew their Father - on this Remembrance day please take a moment to think of them, too.