...and checking it twice?

It’s the season, isn’t it! I semi abandoned my usual almost constant list-making earlier in the year because I realised that my lists were getting longer and longer and never reaching the end of them was just making me feel like I’d failed - not a good feeling at the best of times, and certainly not when life is full of upheavals and already feeling pretty stressful. Coming up to Christmas though - with lots to think about, lists are invaluable, and I’ve returned to my trusty “bullet-ish” journal to keep everything in one place. 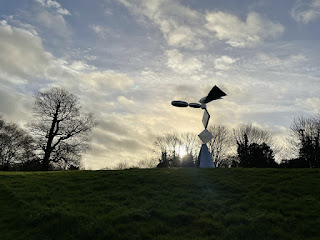 It’s felt rather like it has been relentlessly great and gloomy here for weeks - in fact although we’ve seen a fair bit of rain, we’ve also had some nice bright days - are at least nice bright bits of days which may not be quite the same thing, but as least give the chance for getting out and absorbing a little watery winter sunshine. 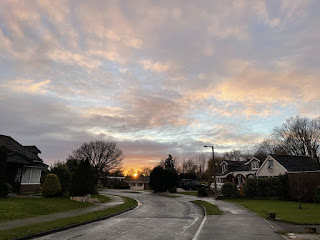 I’m also still impressed with the camera on the new iPhone. I guess partly because I change phone quite rarely - it’s far more to do with when it no longer functions properly than when a new one is released - it’s a more noticeable difference. Technology moves on so fast now. Incidentally I realised a while ago that this is the first time I have ever had a more up to date phone than my Mum, and also the first time I have EVER ordered a new model before the release date. Get me, being an early adopter all of a sudden! 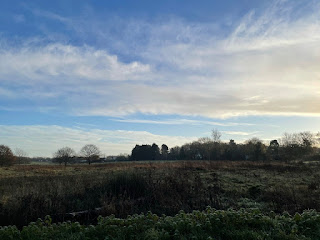 I’ve had to make the decision to put running on the back burner again this week too. During the last mile of my 5k last Friday my left heel started hurting quite a lot. I slowed to a walk to see if it felt better walking, and it didn’t, so I ran/walked the rest of the way to complete my planned distance but by later that afternoon I could hardly weight-bear. It’s a lot better now, but I think a week or so off from running is probably a good plan. Instead I’m keeping up a decent walk each morning  - today’s took me around several of Harlow’s “bolt on” areas - places that don’t entirely consider themselves part of the town, (even though they are!) - the photo above there is looking up over the Common, from Potter Street. It was a beautiful morning to be out!

There you go - that’s a discombobulated catch up on my life for you!

Email ThisBlogThis!Share to TwitterShare to FacebookShare to Pinterest
Labels: Harlow, Me, Walking