Tomorrow I'm off to my first airshow of the 2015 season - and I can hardly wait! Claire, Tom, Kate & I have a lot planned for this summer and as well as the shows and Reds displays themselves there is looking like being a lot of fun around the periphery of it all too from what we're being told! Claire & Tom have already been to one show - up at Llandudno in North Wales - but we were off on Lundy at the time so I missed that one. There will be several new shows for me this year as well as one in a Country I've not seen the Reds display in before - more on that once it's happened! 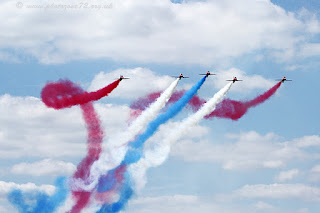 One slight dampener on the season is the temporary loss of Britains only flying Lancaster Bomber PA474 "Thumper" following an engine fire while she was up on a display practise last month - the poor chap who was flying her is getting no end of stick about having broken her! We're hopeful to see her in the air later in the season once all the repairs have been done but exact dates aren't known at the moment - we're just glad that if it had to happen it wasn't LAST year when of course we were all eagerly looking forward to the Canadian Lancaster touring over here, anyone who saw their twin display can't have helped but have a tear in their eye... 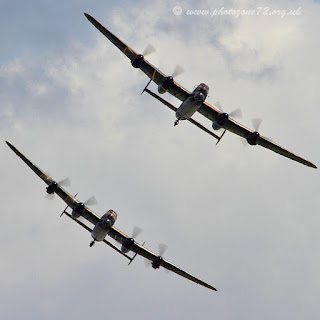 ...the turn for tears this year will be for another bomber - Vulcan XH558 - as sadly due to the age and number of hours on the airframe she will be bowing out at the end of the season. Considering we originally thought that her final flying season would be 2013 we've been really lucky to get an extra couple of seasons out of her I guess - it'll still be sad to see her at the end of the season for the final time though. Her display schedule so far suggests that I will have 6 opportunities to see her display this season - plenty of time for a particularly elusive shot that I've been wanting to got for a few seasons now! 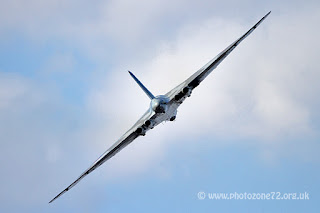 I'm hoping to have a few opportunities to photograph the Reds on the ground again this season as I'm keen to run with my "Circus At Work" photo project again. Once again there are a few chaps I know on the frontline crews going round the shows - and after how well received last years shots were I'd love to have the chance to do something similar for this year's gang! 2014 Circus 9 - the lovely Kev Smith - is back in the same role again, one of last year's Dye Team members, irrepressible Geordie SAC James Robinson is backseating with Red 2, and last year's Circus 4 - Corporal Nicky Cunningham - will be on the road with the team also looking after the documentation - a role he combined with his circus duties a fair amount of the time last season! Nicky's also getting some more time in the backseat of the jets this year which he's understandably very pleased about! The Photographic team guys start the season unchanged too - my fellow beer-drinker SAC Adam Fletcher (Award-winning, dontcha know!), Corporal Steve Buckley - owner of the fantastic HUGO, and SAC Craig Marshall - albeit sadly Craig will be moving to pastures new shortly. Aside from there there are plenty of new chaps to get to know! 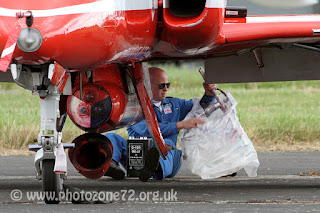 I don't expect there will be a lot of time to pause for thought from now through until September, so blogging might be sporadic again, but as you know I'd far rather be out "doing and enjoying" rather than on social media talking about it!

Have a fabulous Summer Robyn!