Been quite a year hasn't it? I thought a quick look back on what we've done, where we've been, and what I've achieved in the past 12 months might be quite fun - we seem to have packed an awful lot in....! 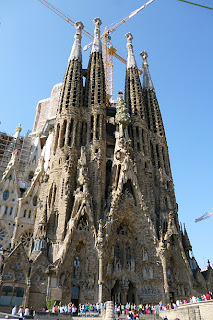 great fun, and excellent to be standing in baking heat and bright sunshine watching a rugby match when it was piddling down at home! Easter was spent exploring the Lake District ... 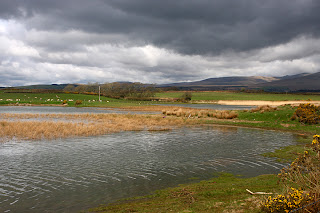 ...and then onwards for a flying visit to Edinburgh where we stayed in a wigwam. Great fun and quite a relief when we got up in the morning and found it was snowing - a tent might have been a bit chilly!  Then there was a cheery trip to Brighton of course  before whizzing off for the annual fortnight in the Hebrides - where once again we were fortunate enough to have stunning weather while the South East drowned. The poor Queen got wet celebrating her own Jubilee (and missed poor Prince Phillip, no doubt, who was taken off to hospital in the middle of it) and everyone else got wet watching her - we, meanwhile, had a fortnight of sunshine, and spent a fair bit of time without shoes & socks on... 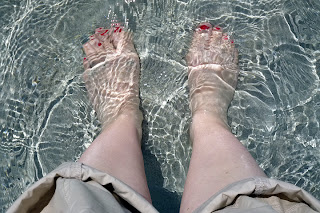 Our long awaited return trip to the Farne Islands finally happened in July - although once again we had our plans to visit both Inner Farne and Staple Island scuppered as the wind was wrong for boat landings. We still had a great time though and MrEH even got dive-bombed by a Tern - they left me alone, thankfully! As usual these little guys stole the show....

July of course also saw the London 2012 Olympics and what a triumph it was! To all those who said London would blow it, well you can just get stuffed - it was by general acknowledgement one of the greatest Olympic Games EVER, and a time to be rightfully proud of being a Londoner!  We dashed into London on the first saturday and saw the Cycling Road Race and then during the Paralympics made a visit to the Olympic Park & Stadium which was absolutely fantastic and I wouldn't have missed for the world! 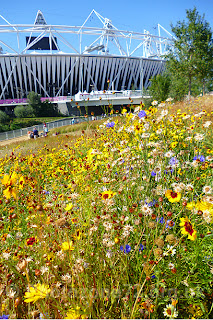 August started for us with the fantastic Great British Beer Festival returning to it's "Spiritual Home" of Olympia - quite fitting considering the Olympics were in full flow at the time! A successful festival and greatly enjoyable with our lovely hard working team as ever. They really are a fantastic bunch of guys and gals and it's a privilege to work with them each year.  Then a little later in the month I made a quick trip to Clacton Airshow to see the Red Arrows and get my eye in ready for their display  at Dartmouth Regatta - both displays were as good, and as thrilling, as ever! 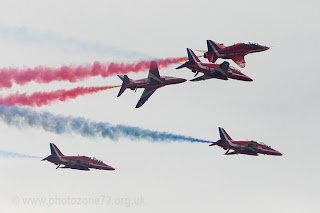 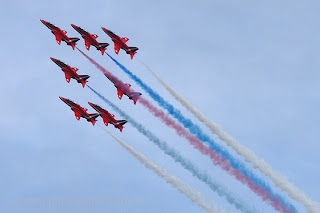 Then there was a  lovely day in Sheffield meeting up with some cheery friends, visits to Ludlow, Norfolk, Devon again, Portsmouth, an unexpected weekend camping in Suffolk, some work with the local Conservation Volunteers, some falconry  and a ride on a cablecar... 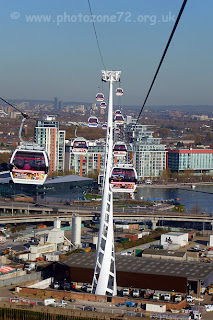 In spite of all these things we have continued to overpay the mortgage, and used some "unexpected money" to repair or replace some household items which either died (PC, Television and most recently my beloved camera) or were threatening to (Laptop, kettle) or were simply so elderly that they were probably becoming a health risk (microwave!) all without having to resort to credit of any sort. We have also managed to stash some money into savings, and continued to work on driving down our costs. In terms of this blog I also started the Frugal Friday series which is now being posted in by other bloggers too - exactly what I hoped would happen! That series will continue to run for as long as I come up with ideas for it - I have no intention of it turning into one of those things that simply recycles the same old subjects and recipes on a 7 weekly basis! I have also done something that I had been thinking about for a good while now, and taken up playing the clarinet again - I wanted some form of challenge, and straight study simply isn't for me these days, I have been away from it for too long I suspect. Re-learning an instrument I have always loved though ticked several boxes - wanting something to "stretch" me mentally, wanting a new hobby, and also allowing me to at last do something that feels creative - I'm not great with knitting needles, glue or a sewing machine, but it seems I can still manage to get musical notes in roughly the right order!

So all that remains now is to thank you all for reading, and wish you all a very happy New year and 2013 to come!

Happy New Year Robyn! I'm sure 2013 will live up to your expectations as you have such a positive way of doing things!

What a fantastic year you have had. Thank you for sharing it. I look forward to hearing all aobut your adventures in 2013

Thank you, and Happy New year to all of you! xx