I realised recently that next year it will be 10 years since I started this blog. I started it originally to make myself take photos - but it's evolved somewhat since then! Still though I see photos as being at the heart of it - and indeed more and more photography is so much a part of me now it's difficult to ever imagine it not being.

For those who aren't aware, my Grandfather on my Mum's side was a photographer. (He was a musician as well, but I've come to the conclusion that I didn't inherit much of that!) As a result there are a LOT of very lovely photos of Mum taken by him from her babyhood right through to her & Dad's wedding. Sadly he died when I was three so while there are still quite a lot of photos of me growing up, they're rather more "kodak instamatic" that the earlier family shots. (Sorry Mum, but I know you'll agree!). I do often find myself wondering just how astonished he would be if he could see the camera gear I'm shooting with now - it's a world away from what he would have been used to in terms of instancy, but I suspect that may have been something that would have really appealed to him. In some ways though things really aren't so different - to get the most from my gear I still need to understand the fundamentals - metering is done via the camera these days rather than by using a separate light meter, but things like depth of field and freezing/blurring of movement are done in the same way. Perhaps in some ways the biggest change within camera themselves once you remove the film -v- sensor/memory card aspect is the way in which we change ISO these days - with film you select your film according to the conditions - a very bright sunny day - ISO100 film, for more standard use ISO200, and for lower light ISO400. Anything above that was harder to get and demanded a certain acceptance of graininess  ("noise") in the final print. Now of course it's done by the press of a button and the turn of a dial - and can be adjusted to far more precise increments. My current DSLR produces almost no discernable "noise" at ISO800, and indeed will produce perfectly acceptable results at far higher levels than that, also.
Now I have the ability to take a camera pretty much everywhere I go, in one form or another. of course a lot of my leisure time activities involves carrying the full kit, but even on a regular working day for example, my iPhone is always with me, and indeed sometimes I'll default to shooting with that in preference to the DSLR! The days of me needing to own a small compact camera as well are long gone. That "portability" is something that I imagine Grandpop would have heartily approved of!

My current kit is my Canon 7DMk2 - which is truly remarkable. Nicest camera I have ever owned without question. That pairs up a lot of the time with the wonderful Canon L series 100-400mm zoom, for aviation & wildlife purposes, or with the Sigma 18-250mm for more general "walkabout" stuff. The third lens in my collection is still the rather brilliant canon 50mm  f1.8 "nifty fifty" - cheap as chips but really packing a punch. I'm about to upgrade my second body - I'm currently still using my old 40D as a backup body -  I bought it back in early 2009 so it's done incredibly well. When I bought my 7DMk2 I had no hesitation in keeping the 40 and part-exing the original 7D, though - it really IS that good. God knows how many shots I've taken on it - it had a new shutter assembly fitted a few years ago so I'm guessing that will have seen it past the 150k clicks mark, though. Coincidentally it is also the second nicest I've ever owned...! I'm hopeful that its replacement - the recently released Canon 80D, will prove to be a worthy successor. 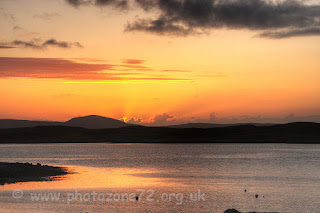 I'm feeling that I need to get back to challenging myself photographically, though, So much of what I do these days is just "camera, lens, known settings" as a starting point, I want to stretch myself a bit, do more stuff where I really have to think about what I'm doing, how I'm setting up, and the results I want to get. I've a vague notion of setting myself a series of challenges through the winter months - while there's not much going on in my more familiar aviation world. I'm still musing on what these challenges might be, currently, but in my head at the moment is:
- A day shooting ONLY in black & white (via settings within the camera)
- More days out shooting only with the 50mm lens
- A day where I restrict myself to 36 shots only, and cover over the screen on the back to replicate the "film experience"
I've got other ideas too - limiting myself to using manual mode, perhaps breaking out my old film camera and running a couple of rolls of film through that (Almost certainly the rather lovely Ilford XP-2) - that would also limit me to the 50mm lens, as my Sigma is "digital only" and won't work well with the old camera. I'd like to do some more low-light photography - something I used to absolutely love but have got out of the habit of doing in recent years. Some more documentation of interesting areas locally maybe. I'm also intending to pick the brains of a good friend - who also happens to be an award-winning RAF photog - to see what he suggests, maybe even get him to set me a challenge himself. I think what I'll end up doing is making a list of things I'd like to do photographically and then ticking them off as I go, with no particular timescale. I can sense a new page of "plans" in my Bullet Journal, can't you?!