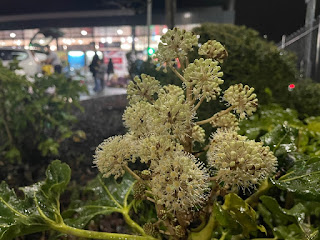 It’s been a spendy few months. I mentioned before needing to replace our laptop as the old one (8 years old, and heavily used!) was threatening to keel over. We researched, chose - not the cheapest, but the one within our chosen budget that best suited our needs - and purchased on the cashback credit card (while it still pays cashback - that is changing soon) and then MrEH applied for a 0% balance transfer card, we threw the cost over onto there, and will pay off a chunk each month over the period of the 0% interest. The bulk of the money stays in our savings for the time being - it won’t get spent on anything else but it IS earning a teeny bit of interest still.

The latest thing to need replacing is my mobile phone. My iPhoneSE is 4 years old, again, very well used, and now at the stage where the battery dies in a very short time indeed if I use it for anything at all, and even more so if I use it to take photos. Now, you know me...! I’ve been delaying looking at a replacement because Apple have been making the iPhone progressively larger and larger for years, and they are simply too large to use comfortably in my fairly dinky hands. Even the new SE is substantially bigger than the old one was. And yes - to quote Martin Lewis, “iPhones are never MoneySaving” - but I like them - I find them intuitive to use, I like the way they perform, and I do, after all, get my money’s worth. I also don’t have an expensive phone contract to add in to the equation - my EE SIM only deal costs me under £9 a month for unlimited calls and texts, and more data than I can use. When Apple announced the release of the new iPhone12 mini I decided it was time for a straight comparison between that and the new model SE, released a while ago. The new SE model appealed on price - no question, BUT it did fall short on a number of other factors - not least size and weight, the 12 mini being substantially smaller and lighter. The 12 is also of course an absolutely bang up-to-date phone - all the technology is the most modern I’m going to get right now, whereas as with the original SE, the technology in the SE2 is based on an older model of phone. Both would demand new headphones - no headphone jack on either model, and a new phone case too. I did my usual pros and cons - and eventually came to the conclusion that the only “pro” of the updated SE would be the far lower price tag... In any normal year that substantial difference in price might have been enough to convince me (although ai suspect I would have regretted it later) but 2020 has - as we know - been anything BUT normal, and I have a fair fund of airshow savings from events that were cancelled during the summer, of course, so the decision was made. Use the money I already had stashed aside, with subsidy from the airshow savings account for the price difference. The new phone was pre-ordered last week (just after our credit card statement date!) using the cashback card again, and the cost will shortly be transferred onto another 0% balance transfer card and paid off in the same way as the laptop will be.

Neither of these purchases were frugal in the traditional sense - but in the case of both we will get value from them, they were carefully researched, they will almost certainly last longer than a cheaper alternative, the money was already saved ready and waiting for the point when it was needed, and most importantly for us, the purchase is managed to leave the money with us for as long as possible AND earn us a small amount of cashback in the first instance, and interest in the longer term. The use of credit, meanwhile, will cost us nothing. Being frugal isn’t always about spending nothing - but rather about choosing carefully what to spend your money on, and so far as possible, making it work well for you while doing so.

(The new phone arrived earlier in the week and early impressions are excellent - the camera in particular being a real step up from my previous model. As, these days, my phone also takes the place of a compact camera in my everyday life, this was quite a consideration. The shot at the top of the post gives an idea of the quality even in very low light.)

Email ThisBlogThis!Share to TwitterShare to FacebookShare to Pinterest
Labels: Consciousness, Frugal, FrugalFriday, Me