And the weekend just FLEW by...!

Bank holiday weekends eh - don't you just love them?! (And before you say "well actually I'm in Scotland and we didn't GET the Bank Holiday you've just had - Wheesht! You had one at the beginning of August without us and did you hear us moaning about it? No you didn't....much!) Anyhow, we DID get the bank holiday, and proceeded to make the most excellent use we could of it. 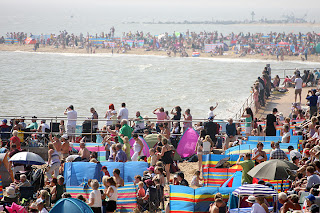 First came Friday - my "usual" day off, yes, I know, lucky me - and I headed off to Clacton-on-Sea on the Essex Coast to enjoy the lovely sunshine and take in their free Seafront Airshow. First job on arriving as ever was to ensure I donated so that the show will continue being free in years to come - the purchase of a programme and a donation into the bucket dealt with that. I have to confess that the main reason for wanting to go along to this one was as a chance to see the Red Arrows for the first time this season ahead of their upcoming shows at Dunsfold (more on that later) and Dartmouth, next weekend. The Dartmouth show in particular is one I love photographing - not least for it's unique viewpoint (up a hill, on a level with the display) and so to have the chance to get some practise in beforehand, and try out ideas I've had for shots that might work, is useful. This time I also wanted to take the chance to try out our new Tamron 70-300 lens and see how well that worked for this sort of photography.

All in all I was quite pleased with the results, and also impressed with the lens - nicely sharp, and quick to lock on with the focus. Downsides are that the colour rendition doesn't seem to be *quite* as good as the Canon one I usually use (notably when dealing with RED - which I think Alanis Morissette would have called "ironic") and also that when it does lose focus it does take an appreciable time to grab it back again - resulting in some missed shots. In fairness to it, it's NOT a pro quality lens, nor does it have a Pro quality pricetag - for it's sub-£300 cost it's still absolutely astonishing and I'm looking forward to giving it plenty of outings during the rugby season.  All in all it dealt exceptionally well with a tough subject on a somewhat hazy day. 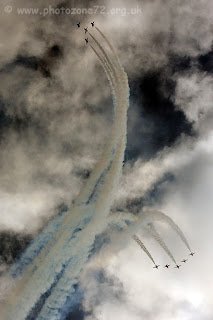 So, onwards with the weekend - Saturday was basically a "catching up on stuff" day - shopping, home-stuff, MrEH's rugby training and odds and ends like that. With that all out of the way thoughts turned to Sunday and our first ever trip to a "proper" airshow at Wings & Wheels in Dunsfold, Surrey. The first day of the show had seen a mass of displays having to be cancelled due to the appalling weather - so we were extremely glad to have selected Sunday for our visit - and what a good decision that proved to be! Everything scheduled flew, some things several times.

The Red Arrows not only did a brilliant display but also flew out at the end of the day to return to their home base at RAF Scampton. 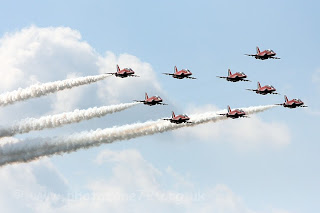 The Vulcan was awesomely, ear-splittingly LOUD and oh-so-impressive. 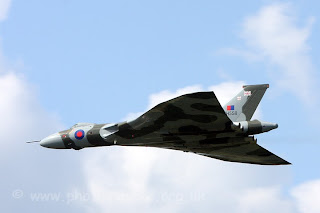 The Blades were their usual brilliant selves - we first saw these guys fly what I believe was their debut public performance at Southend Airshow in 2006 - and their show simply never gets old. 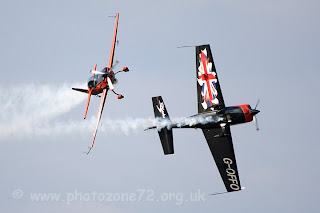 We were hugely impressed with the show put on at Dunsfold - there was constantly something going on - from flying displays to motoring demonstrations, parades of vintage & modern vehicles from Supercars to a souped-up Morris Minor! The ticket price wasn't cheap - with the booking fee we each paid a little over £20 for our day out, but the entertainment provided was second to none and we wouldn't hesitate to return. the viewing from along the runway edge was fantastic - although would have been better had those who'd grabbed the "front row" stayed sitting rather than standing up during each display meaning that those behind had their view interrupted. it was always possible to dodge about to get a great view of what was happening though, and as most stuff happens up in the sky in any event it didn't cause too many problems. 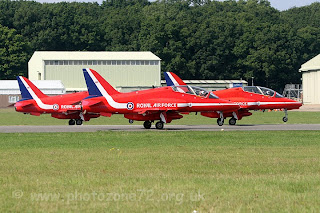 Finally to round off the weekend we decided to take one of our "Tesco Days out Vouchers" which we'd exchanged ClubCard vouchers for up to one of our favourite haunts - the Raptor Foundation in Cambridgeshire. A pleasant 1 hour drive up the motorway & A14 this is a lovely laid back day out, with three excellent flying displays to watch through the day and great views of the birds around the centre. It was also another challenge for that Tamron lens with more fast-moving subjects including this Falcon... 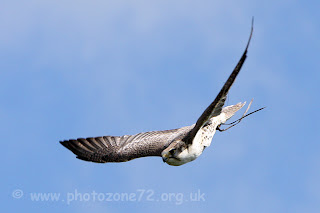 ...and then some close ups of the gorgeous Common Kestrel.... 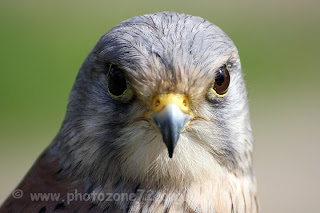 If you live in the East Anglia area and have never visited I really can't recommend the Foundation highly enough - even had we paid cash for our admission it still would only have cost us £5.50 each to get in, and as we arrived at 11.30am and didn't leave until nearly 5pm I think you can say we got our moneys worth from the day! The staff really know their stuff and make the flying displays informative as well as entertaining - we've now visited many many times and will definitely be returning again - after some years of going there it's lovely to see some of the birds who were just starting their training when we first went now taking major parts in the displays!

Wonderful photos. The Red Arrows pictures are fantastic, but I do love the Kestrel. It is a favourite bird of mine.

I love that you have wheesht in your blog.

Wendy - thank you! I love kestrels too - I have more of him, he may well be appearing again!
Fay - thought of you as I typed it! xx