The last few mornings have had a distinctly autumnal nip in the air - although technically it's still summer, and we're still getting some gorgeously hot sunny days, it's as though the weather knows that actually, it's got to start thinking about a change, and so it's delivering cooler, mistier mornings as a compromise. I love Autumn - such a fabulously colourful time of year, and yet often with enough warmth in the days that we just want to be out enjoying everything. For us it tends to be a busy time too with lots of fun planned coming up. 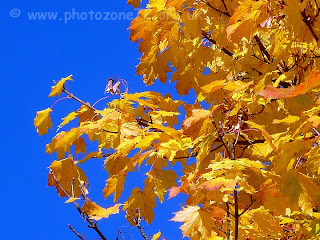 Indoors, this is the time of year when I want to start thinking about making sure that the storecupboard is piled high ready for winter. By storecupboard I actually mean that and the freezers - although right now the chances of getting much more into either freezer is looking pretty slim! We're still well served for meat with plenty of our whole Lamb purchased earlier in the year left. We have nearly a whole drawer full of Hebridean produce left too - from the wonderful Hebridean Smokehouse salmon pate to Stornoway Black Pudding. It's fantastic to have a little taste of the western Isles on our plates in the middle of winter when our annual trip back seems like an eternity away! other than those though, it feels rather like the freezers are currently filled with a wide range of odds and ends - all tasty enough in their own right but nothing that's really singing out to me to make a meal from. More focus needed here I think, and a return to "proper" meal planning too - done several weeks ahead this really works well for me, however first I need to audit the freezers I think!

Another concern of a lot of folk going into the winter is the cost of power - our electricity Direct debit has just been increased from £47 to £58 per month. I've let them run with it this time as I know we will be lower on credit running into the colder weather than I'd like - Normally our heating (night storage heaters) goes on at the very end of November and goes off at the very latest at the end of March - last winter though it was switched on from October through to MAY! We've fought back, with our usage from May through to current being lower than in previous years, but not by anywhere near enough to make up the huge difference in cost, so we, like many others, are praying that the weather won't be cold for such a prolonged period this winter! I'll re-visit the Direct Debit in March and see how it's looking then - we'll have been with Scottish power for more than a full year then too so they will have a better idea of how sparing we actually are with power! Meanwhile our Gas DD is still sitting down at a silly £1.01 - with us only using it for cooking, the standard DD of £5 a month means we amass credit so every now and again they drop the sum we collect down to that (which is the physical minimum their system can deal with, apparently!) while we catch up. I think British Gas were hoping that when we took the electricity contract over to Scottish power we'd leave altogether as apparently it costs them more to administer our account than we pay in charges! Even those tiny costs we work to keep as low as we can by batch cooking, and making sure that the gas rings are turned low enough so the flames only reach the base - not the sides - of the pans. Steamers are a great way to keep cooking costs down too - the multi-tier stacking ones often allow the cooking of potatoes in the bottom of a pan and several lots of veggies above. 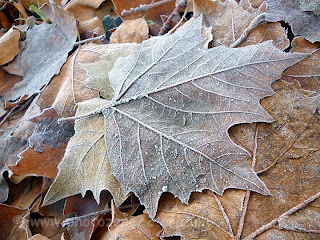 From a cooking perspective, the colder weather is just great for frugal food! Stews, soups, hotpots and casseroles are all great chilly weather food, and can be batch cooked and frozen for home made "ready meals" for busier times. Beans and lentils make great fillers for these sorts of meals, too - and beans & chickpeas can be soaked and cooked in large batches, then bagged up and frozen - if slow cooking a casserole simply empty a bag into your slow-cooker straight from frozen - they'll thaw in the cooking process and save you the hassle of defrosting them! Another great stew tip is to throw a handful of oatmeal or porridge oats into the pot at the start - it both thickens and adds a delicious creaminess to the gravy! Pies and crumbles are also a high spot of winter meals for me - and all the better if they can be made with foraged produce like apples, plums and blackberries! We've got a list of where all sorts of things can be foraged locally, my Mum-in-Law particularly likes the Walnut tree that my parents tracked down, as when I go down to Devon to see her in September I'll be armed with a nice bag of walnuts! We might even try pickling some ourselves this year - I'm not keen on them as dried nuts, but I do love a pickled walnut!

We definitely noticed the autumnal nip this morning. I also love this season, and I can't wait to see the beautiful colours of the leaves.

You are quite right about our food choices adapting too. We've been busy batch cooking this weekend.

Enjoy all those Hebridean goodies, the salmon pate sounds gorgeous!

The pate is honestly one of the most delicious foodstuffs I've ever tasted - and a simple taste of it now can take me right back to sitting on a beach, turquoise sea crashing, white sand underfoot, and not another soul to be seen aside us!

Apples were forgaged from Mum in Law's garden yesterday...need to find a hedge at the weekend for blackberries too!