This post could equally have been called "Little Boxes" - or rather piggies, had it appeared on a day other than a friday! Today we're talking about small ways of saving - we've discussed the bigger things before haven't we - having separate savings accounts to budget for costs related to car ownership for example, or saving to pay for insurances etcetera outright rather than using the dreaded monthly installments. We also have accounts to save for our annual Hebrides trip, for our "fun stuff" through the year, and also for christmas-related expenditure as well. Each gets drip-fed by way of monthly payments from our main bank account - they go out automatically and are slotted in to our budgets. 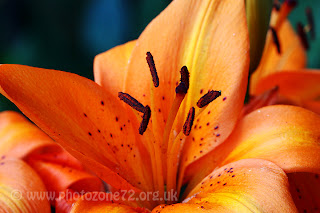 We're not "buy it on credit" people. We have been, but not any more. That's not to say we don't use credit - we do, cashback credit cards of course, and we have also bought things using 0% deals on cards, while having the money sitting in the bank earning us interest. What we don't do is use cards - or loans - to let us buy stuff that we couldn't afford otherwise. I've surprised myself over the past few years to realise that these days, I'm a saver not a spender, and our "little pots" are part of that. They come in various shapes and sizes, some are "virtual" and some are very much real, pig shaped, sit in view begging to be fed!

First up is the one that MrEH uses for "roadkill" - money that we find around the streets. Now it's amazing when you start learning where to look just how much can be found like this. Some of it is flukey - like the £30 in ten-pound notes he picked up from the pavement earlier this year. Yes, before you say it, we did make an effort to find the owner of such a large sum, by putting up notices on the street it was found on saying that something had been found and if the owner would like to confirm exactly what it was, he would make sure it was returned. He got no response bar one person asking if it was a dog! More normally though it's smaller amounts - pennies, 2p and 5p pieces not surprisingly are plentiful, but he finds a fair number of pound coins too, and even, this year, a £2 coin. Last year's total for money gained this was was over £80, and this year will beat that - amazingly since the recession the amount he has found has increased year on year. 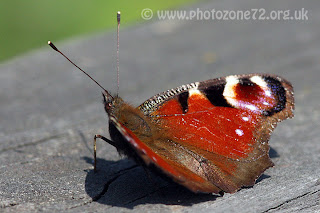 Then there is our regular large pink china pig. This is used for all loose change accumulated in purse/wallet and pretty much everything 50p and below goes in there apart from 5p pieces - more on those in a moment! This and the "roadkill pig" go towards our holiday spending money - we usually reckon to get around £200 across the two of them. That one has already been emptied once this year but the totalling up doesn't happen until February when roadkill is also counted up. The next pig is a sheep....well, sheep-shaped anyway! She sits, mouth agape, waiting for those pesky little 5p's to get fed in - amazing how many of them you get and they're such fiddly little things to get out of the corner of your purse, too. Finally for physical animal-shaped collection devices (piggy-banks, to you) we have a rather cute small china number which takes my meagre collection of £2 coins. This one was new to the party last year, a new challenge set by members of an online group I'm part of - and I was delighted to find when I emptied it out at the beginning of this month it contained just over £100! Those little nuggets are heading off to help fund a new photographic purchase which will be being made once I've saved enough for it!

It doesn't stop there though - sitting alongside our other slightly more normal savings accounts is something which we have called out "VSP" account. This stands for "Virtual Sealed Pot" - and is effectively an accompaniment to the pink pig. Each time I go into our online banking, any odd pennies in my bank account, and our joint one, get "swept" across into the VSP - sometimes I round down to the nearest £5, sometimes it's just the "small change". Interest from savings accounts (apart from the ISA) goes there as well, and odd pennies which can sometimes be found in the budgeted savings too. From this year I'm going to be adding cashback to it as well - which should help bolster it even further. 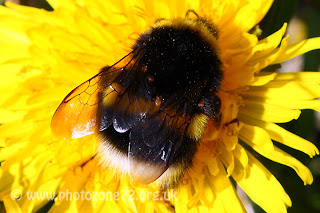 If you do online surveys etc for cash reward, how about stashing all your earnings from these aside for a full year to see how much they mount up to? Or you could join me in "VSP'ing" - I've already converted several pals to that idea! Then there is SFT's "real life" sealed pot challenge - great things happening over there and it's been great fun seeing people post their totals up for the year! Do you already save by these methods perhaps?

(The photos? Ahhh...well they're all "little things" - seen in detail. Not entirely unrelated, after all!)
Posted by Robyn at 11:24 am

I'm getting close to my £50 total on YouGov, and that will be heading straight to my online savings account. I've been doing other surveys and have been paid in £10 S'bury's vouchers, so the equivalent goes into the savings account. The council tax money that we don't pay in Feb/March will be going in there aswell.

I finally got to £50 payout on NewVista a while ago - but as it's taken me 3 years I'm not staying with them. OnePoll takes forever to get to £40 but I don't mind that as you can just pop in and do odds and ends as and when. Survey Network are getting kicked out as soon as I get to my £20 with them - again, takes too long! A friend gave me a PineCone referral a while ago and if you're not already with them they're well worth it - let me know if you're interested and if referrals come up again I'll send you a link.