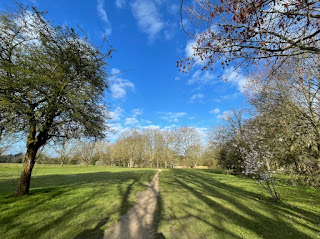 Marked a year of morning walks, of no commuting, of both the opportunity to learn so much more about our local area, and also the time to get slightly fed up with being limited, so much of the time, to walking around the same old streets... 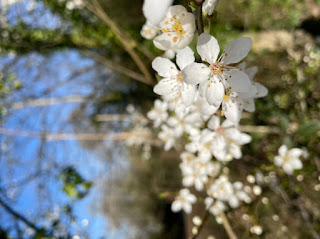 This week was also the one where I realised I really did have to listen to my body and take a step back on the fitness stuff, particularly strength workouts. Last weekend everything ached - not unusual, but usually something that has retreated again after a couple of light activity days over the weekend. I got up on Monday after a rotten nights sleep -  I woke in the night and struggled to get comfortable. My knees hurt, my back ached. After a minor internal battle I decided that it was not going to be a good day to do a strength workout - “I’ll do this weeks’s on Tuesday, Thursday and Saturday, instead...” Tuesday morning dawned - better, but still not great. Time to re-evaluate. I do get periods of time like this anyway - it comes with the perimenopausal territory. The knees aren’t helped by not being able to run either, and each time I think that interlude is drawing to a close, my foot starts hurting again and tells me otherwise. Frustrating.

I’ve stepped back entirely from my usual strength stuff this week, just done one lower intensity style one this morning.Walks have also generally been a bit shorter. Yoga, stretching and foam rolling are all ongoing - that stuff is all good. It’s taken much of the week but I am now finally starting to feel as though I’m getting back to normal. 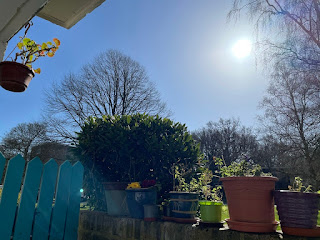 This week has also seen the first day this year where it was *just* warm enough to sit outside for my breakfast. We got the balcony deck tiles and furniture out of the garage again a couple of weeks ago, but it’s not been warm enough any day until now to make full use of it. My hour sitting in the sunshine yesterday morning was an absolute joy, though!