On Sunday we packed up the car and, early in the evening, left to drive the 300+ miles down to Cornwall where we had, several months previously, booked a stay in the hope that lockdown would be sufficiently eased by now to allow us to take it. Originally booked to start on the 10th, we had to cancel the first two days as the easing to allow stays away from home wasn’t in place until Monday, however the chap we’re letting the house from kindly agreed that we could get in here for just after 00.00hrs on Monday in order to maximise the time we still had while still staying firmly within what the law allows.

Obviously we arrived in the dark, but on getting up on Monday morning “proper” this was the view that greeted us... 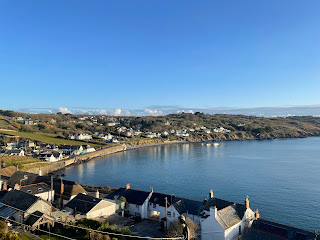 Pretty stunning, eh? It’s SUCH an amazing view it’s actually quite hard to tear yourself away from it - and indeed that was one of the considerations when I booked, that if we did have dodgy weather and wanted to be outside less then at least we’d still have plenty to look at from the house. In fact the weather so far has been superb, and exploring aplenty has happened! 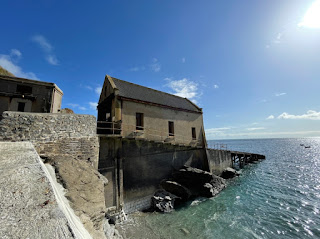 We’ve been to Cornwall a few times before - I holidayed here as a child with Auntie D & Uncle B, and MrEH and I have camped at a rather glorious site near Camborne several times. I of course also spent a night at Lands End whenI took part in the inaugural LighthouseRun road rally back in 2004 (?) but one of my favourite spots in the county is undoubtedly even further south, at Lizard Point. The ruined boathouse in the picture above, and probability of seeing the lovely Cornish Chough, and the fact that it is the most southerly point on the U.K. mainland (and that it is generally FAR quieter than the better known Lands End with its hotel and “end to end” connections) all combine to make it somewhere that if down here I always try to visit. 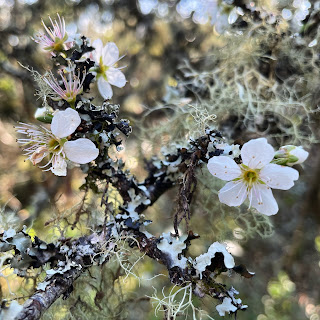 Tuesday saw a trip to Truro which included a walk along a disused railway line overlooking the river, and then a second walk at Goonhilly Downs NNR - a landscape almost Hebridean in type, with gorse, heather and heathland. Very familiar but also very different as it is almost completely flat, and also peppered with remains of old WWII buildings and installations. A really interesting place to explore!

Right now breakfast beckons, so I’ll leave you with that taster of our first couple of days (and for those wondering, yes we most certainly HAVE made it back into a pub or two already!) and will post again later on or tomorrow with a few more pictures. For now though, I’ll leave you with another shot from the “House with a view” 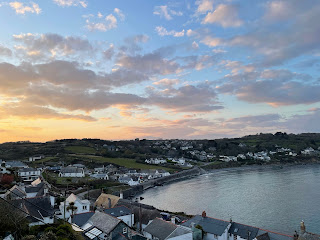